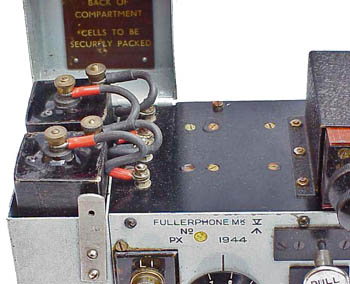 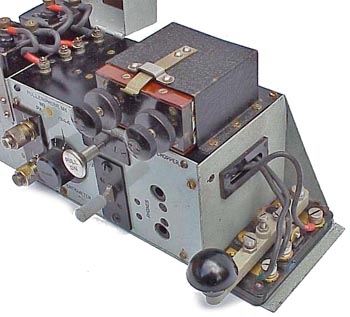 Bringing your Fullerphone back to life again.

Although the practical use of a Fullerphone is nowadays very limited or actually non-existent, it is great fun to get one running again as this usually takes very little time unless the Buzzer-Chopper is not working and has to be opened. Assuming that you have a Fullerphone Mark IV, IV*, IV**, V or 6, all employ a Buzzer F.

However, check that your Fullerphone has the proper model of Buzzer-Chopper; it should be Buzzer F, having THREE contacts, and not the very similar looking Buzzer T which was used with Telephone Set D Mk.V and has SIX contacts!

First, open the battery compartment on the left-hand side of the Fullerphone and connect two 1.5 volt dry batteries as indicated on the instruction plate in the battery compartment lid. For normal use, however, one battery (the buzzer battery located at the rear) will do. Short-circuit the L1 and L2 terminals on front of the Fullerphone with a small piece of wire, unlock BUZZER and CHOPPER contact screws and unscrew them about 5 turns.

If both batteries have been fitted the potentiometer circuit may be tested by setting the reversing switch to A or B and the buzz should be heard in the headphones, which will vary in strength as the potentiometer is turned. The Morse key should not be operated during this test.

To test the incredible sensitivity of your Fullerphone, replace the short-circuit wire for a 180k or 220k resistor. Signals should still be heard when the Morse key is pressed.

Another test can be carried out by connecting any type of headphones to contacts L1 and L2. Neither a buzzer tone nor a key click should be heard!

If a Fullerphone has been stored for many years, it is very likely that several of the potentiometer switch contacts, the buzzer contacts and the Morse key contacts are dirty and may need cleaning.

- Pull the on-off switch. The buzzer should work (see set-up procedure above) and heard in the headphones when the Morse key is pressed.

- Measure the battery voltage over the make and break contacts of the Morse key.

- If both are in order you may have to clean the Morse key contacts. Do not use anything ‘obviously’ abrasive to clean the contacts; use a diacrom spatula or failing that stiff brown parcel-wrapping paper. The potentiometer contacts can only be cleaned by ‘use’, although it may be possible to inject a small quantity of contact cleaner into it.

Be careful to connect the wiring correctly to the Morse key, the main battery will be short-circuited if the wires are exchanged.

Note that a practical demonstration of Fullerphone operation is only possible if two Fullerphones are available. 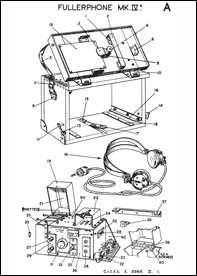 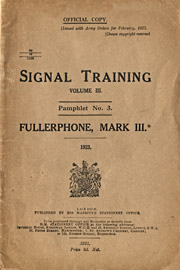 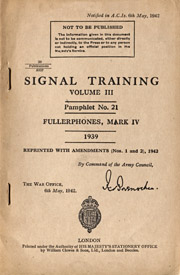 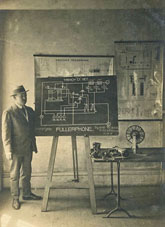 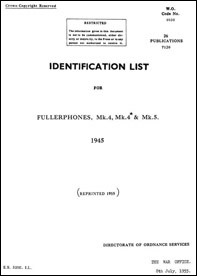 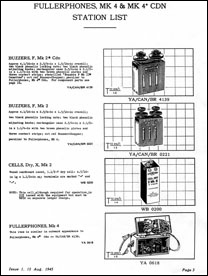 A Working Instructions card was issued to operators of Fullerphones Mks.IV, IV* and IV** (right). Note that the Fullerphone Mk.IV pictured on the card had "Receivers Headgear C.L.R. Double Mark III", which had a metal headband allowing it to be stowed in the lid of the wooden case.

Printable copies of Fullerphone Mk.IV and Mk.V Working Instructions cards are posted on the Downloads page. 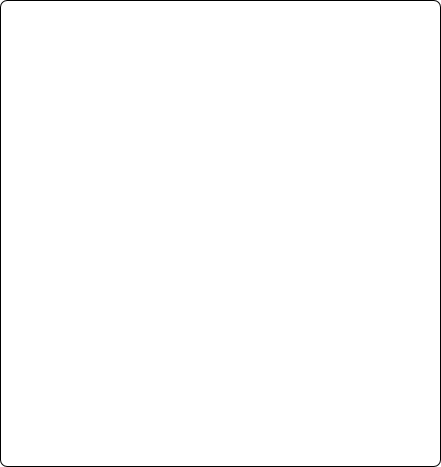 A lecture on the operation of the Fullerphone in 1917.

The gentleman on the postcard above (click to enlarge), Mr Charles Percy South, was giving a course on the operation and use of a Fullerphone Trench D at the Southern Army Signal School at Brentwood on the 3rd of May, 1917. On the table were a Wimhurst machine, and a demonstration model of the Trench D Fullerphone. On the background were large classroom posters of the Stevens Telephone and Telephone Portable D Mk.III.

Permission to reproduce a scan of this interesting postcard on this site was kindly granted by Mrs Maureen Stranger, the granddaughter of Mr South. 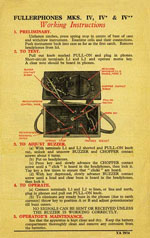