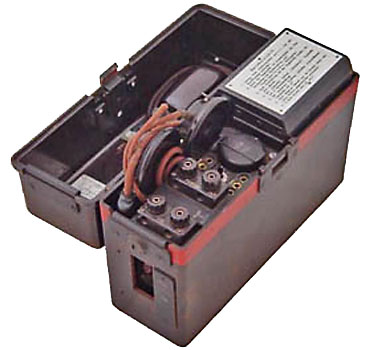 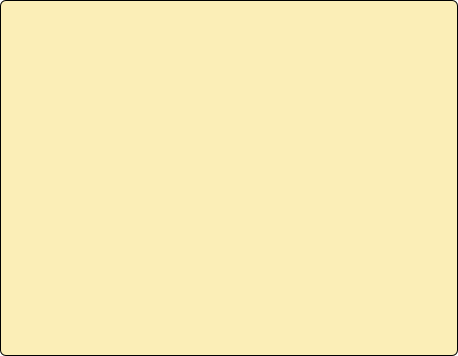 The Sutel 40 was basically a DC Morse telegraph with a very high sensitivity. Morse signals were sent and received by the same instrument. When pressing the Morse key a very small direct current flew through the line and the receiving Sutel 40. This direct current Morse was converted into audible Morse by an AF valve oscillator.

The outstation was connected via a line to terminals ‘Ltg’; a separate field telephone (for calling) to terminals ‘Feldfspr’, the Morse key to ‘Taste’ and a pair of headphones to ‘Hörer’. Note the earth terminals to the key and headphones. These connected to a screen lead to reduce the danger of interception caused by induction via the leads.

The low-pass filter C1-D-C2 had, as with the Fullerphone and Utel, a twofold purpose: rejection of AC currents picked up by the line, and prevention of Morse signals being intercepted by key clicks.

The AF oscillator valve was normally biased to prevent oscillation. By operating the Morse key, at either end of the line, a positive voltage exceeding the bias voltage was applied to the grid and the valve oscillated. This implied, however, that the line connections could not be interchanged.

The operator would hear his own signals but was not aware of a broken line. The sensitivity of the circuit and valve characteristics required a total line resistance between 20 and 50kOhm. With very short lines a series resistor (W1) should be inserted via switch ‘Ton I’. Small DC currents, picked up by the line or earth caused considerable interference in operating. In practice, the Morse signals tended to ‘blur’ and the signalling speed was quite low.

At the start of World War 2, almost 35 years after the introduction of the Fullerphone, the German Signal Service (‘Nachrichtentruppe’) introduced a similar Morse-telegraph instrument: the Sutel 40, short of Summer (Buzzer) Telegraph 40. The instrument worked on the same principle devised in 1915 by Captain A.C. Fuller, and also that of the German Utel.

The Germans made an ingenious innovation with the Sutel by replacing the awkward buzzer-interruptor with an electronic audio-frequency oscillator. Interception of the Sutel 40 Morse signals was, as with the Fullerphone and Utel, practically impossible. A disadvantage was the relatively high power drain from the batteries (50-60mA), compared with the Fullerphone and Utel (1-3mA).

During standby, the Sutel was replaced by a standard issue field telephone ‘Feldfernsprecher 33’; after a magneto call the operator switched back to the Sutel 40 via switch ‘U1’. The handbook, dated 1942, indicated a range of 30-40kM when using standard field wire; signalling via fixed overhead lines exceeded 100kM.

The ‘Sutel 40’ was build into a strong reinforced Bakelite case, similar in shape to the German field telephone ‘Feldfernsprecher 33’. During transport the Morse key was stowed in a partition in the hinged lid of the case.

Instead of using the inner grid of a tetrode as the control grid, it was possible to operate a valve by applying a small positive voltage to the inner grid and to use the second grid as control electrode.

The positive voltage on the first grid overcome the limiting effect of the space charge in the vicinity of the cathode, and thus increase the anode current and transconductance. The effect was that the valve operate efficiently with a very low anode voltage. This feature was applied in the design of the Sutel 40. The relative high current to the space-charge grid resulted in a less effective use of the cathode current. Space charge valves, invented during WW1 by Schottky, were popular during the 1920’s and 1930’s, but declined in importance when AC valves came along. 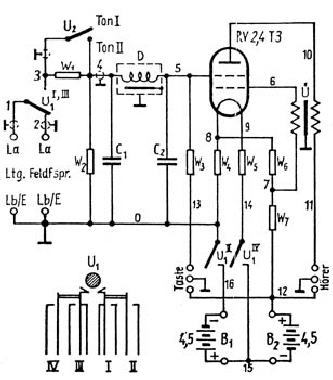