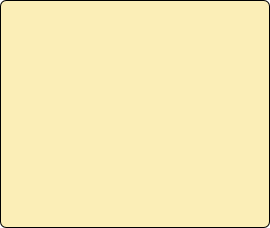 Ricetrasmettitore R 19 MK III was a Canadian manufactured Wireless Set No. 19 Mk.III, refurbished in Italy by ALADINA RADIO in Torino. Although no apparent circuit changes were made, the set was mechanically overhauled featuring a new aluminium overlay front panel plate with Italian text.

Italian text on the B Set cover plate (top right) and on the main tuning capacitor (below right). The latter was merely a printed paper pasted over the original English text.

The second version of the Italian User manual was issued as late as 1959 (left).

Used in Italy, the R-19 (in the picture below an original unmodified set) was fitted in a strong, large and heavy wooden box with ample space for accessories. It is not believed that the Wavemeter Class D and the Remote Control were part of a standard station.

Wireless Set No. 19 refurbished in Italy 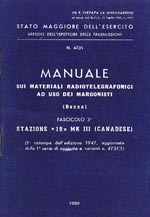 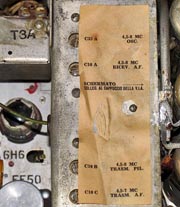 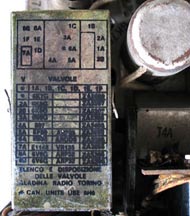