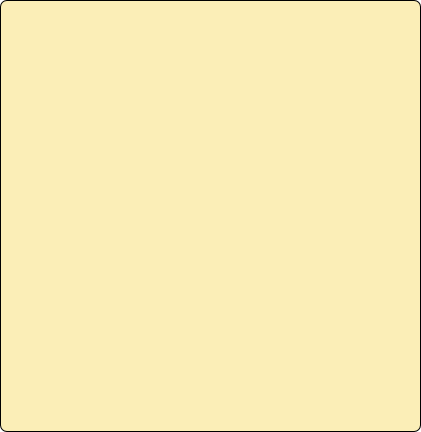 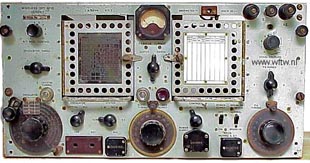 Wireless Set (also known as Sender) No. 12 was developed in 1940 as a medium range general purpose transmitter for static and mobile use. Its companion receiver was Reception Set R107, fitted in a similar transit case. The No. 12 Set was self-contained and fitted with an internal mains power supply. When after the war the No. 12 Sets were released to the surplus market, they were very popular with radio amateurs as virtually nothing else was required to get them working on the 160 to 20 metre amateur bands. Although relatively small numbers were produced, these sets are still around, many in original unmodified condition. In most sets the original selenium HT rectifiers are a matter of concern and usually need to be replaced.

Modulation is done in the suppressor grid of the RF Power Amplifier. 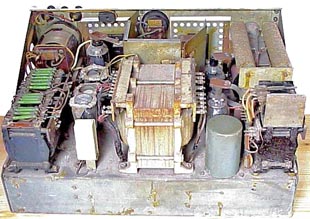 Top chassis view of Wireless Sender No. 12. The set was built very conservatively, and each component was compared to later war-time standards much over-dimensioned. The mains transformer in the centre of the chassis alone had a weight about 40lbs, the chassis was made of 2mm steel sheet. Still, this set has nice constructional details as may be seen on the other pictures on this page.

Note that the quality of the pictures of this set is not optimal. The heavy weight of this set prevented me to bring it to a more suitable spot where the lighting was better. On my ‘to do’ list is a new attempt to take photos of a better quality.