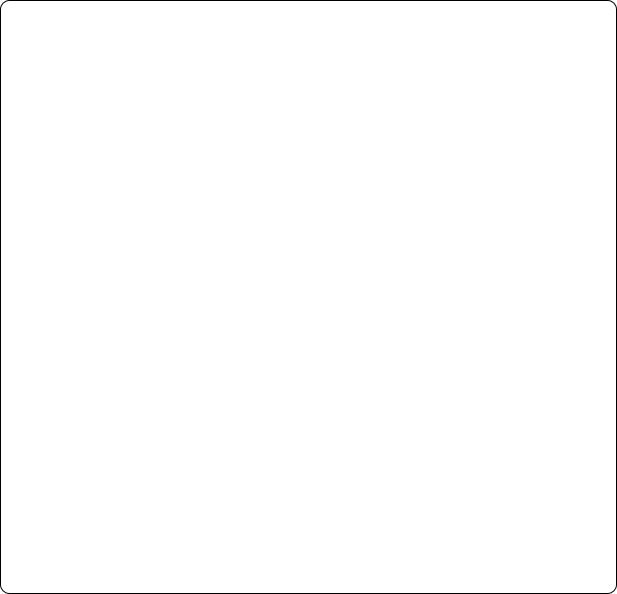 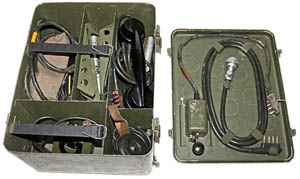 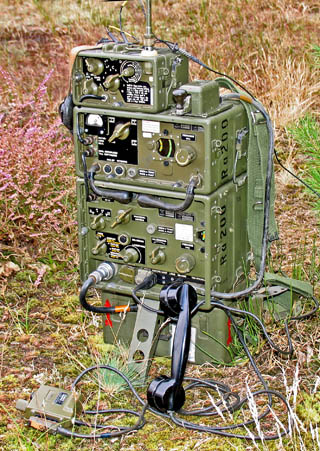 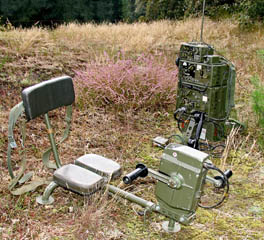 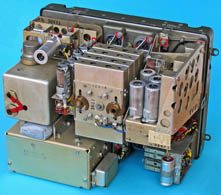 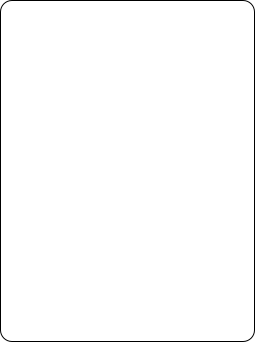 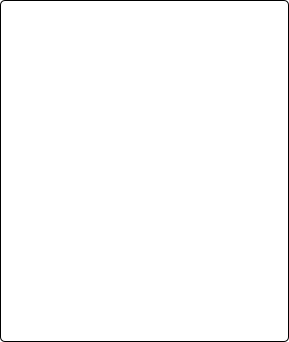 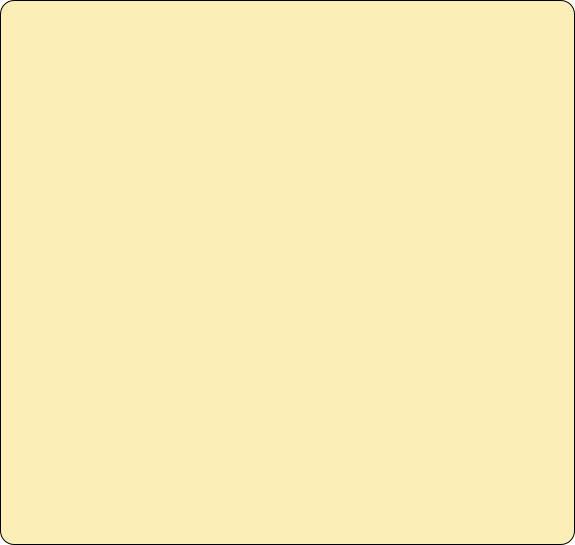 Power was derived from a 7.2V nicad battery, housed in a metal box which was clipped to the bottom of the set. High tension for the receiver and low power transmitter section was obtained from an internal transistor inverter.

A pedal generator was part of the complete station and provided HT for the transmitter RF power stage on high power operation and charged the 7.2V battery.

Ra 200 set-up as a low power ground station with a standard 3.10m rod aerial. Two 9m standard wire aerials are spread out on the ground. 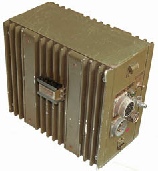 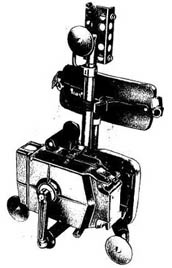 For 12V or 24V operation in a vehicle a transistor converter was issued. Omformare 102 (shown above) could be attached to the bottom of the Ra200, replacing the battery box, or fitted separately. The convertor could also be used for providing power to the Ra120 series and Ra422.

Pedal generator collapsed, ready for transport as a man pack. 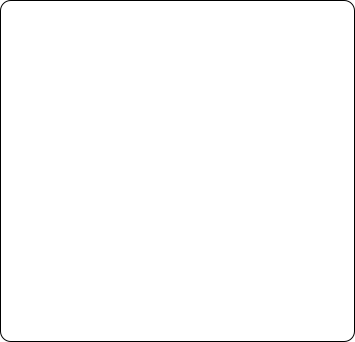 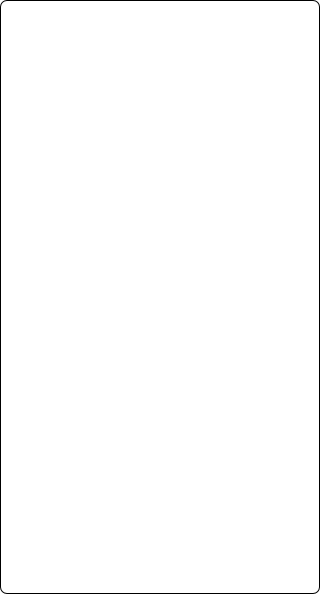 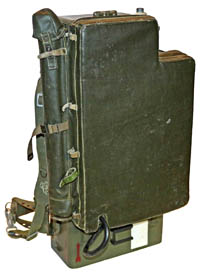 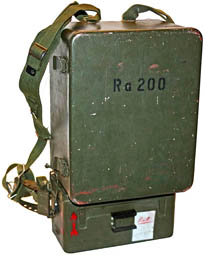