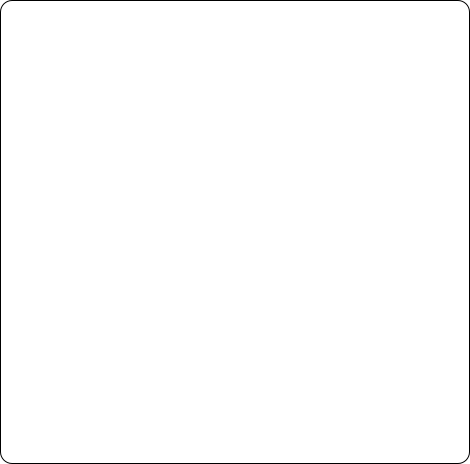 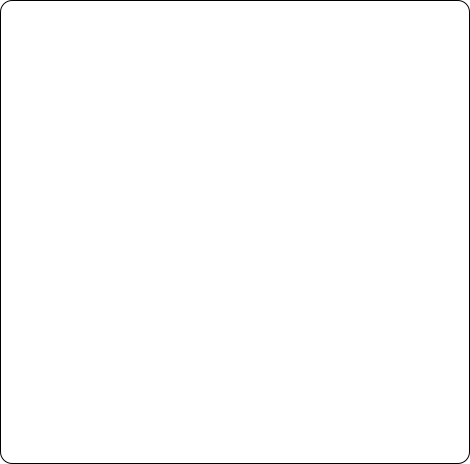 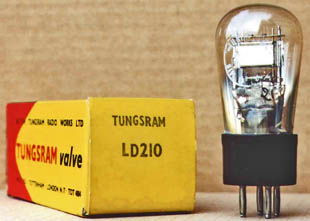 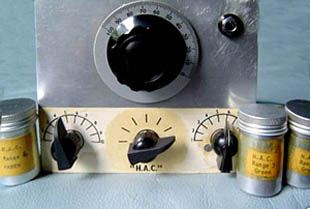 Back to the H.A.C. main page

Model DX Mk.2 was basically similar to the original DX having the same  type of Denco coils. It used a HL23DD valve (equivalent to AR8, CV1306 and ZA7022 Army surplus valves). No provision was made for an optional audio amplifier valve.

Model K used a 1T4 (or equivalent) valve. Apart from the circuit and instructions, no other details are known.

As explained by Mr c.M Lindars in his article, it was no longer feasible to sell the Model K and DX Mk.2. A two transistor circuit with a MPF102 jfet formed the base of the T-Twin.

The coils were Maxi-Q miniature Denco (Clacton) Ltd miniature Dual Purpose plug-in coils with a Noval type B9A base. The coils had a core of .375in. Diameter and were coloured green. The frequency ranges of these coils were similar to the earlier green Maxi-Q coils with Octal base.

Model DX with an AF amplifier CV1021 valve (right) or VR21 (extreme right). Other optional accessories obtainable from H.A.C. Short-Wave Products were a front panel, fine tuning/band spread condenser, and tuning vernier which had two versions: the original Bulgin and later Eagle type as shown here. Noted is the use of a penthode AF amplifier, although no details are known.

Something which has amazed me was the issue of obviously outdated 1930’s valves in Model DX, sold until the 1960’s. It can only be speculated that the availability of very cheap Army surplus AR8 (HL23DD) valves led to the introduction of the Mark 2 which required a revised chassis, a grid top clip and new instruction sheets. Substitute to the original valve used in earlier models including Model DX was the LD210. It is believed that equivalent types of replacement valves were also used.

The still later Model K used a 1T4 (or equivalent) miniature valve, having the advantage of a more economical filament current and no requirement of a LT series resistor. 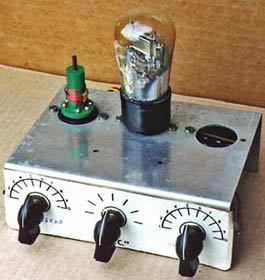 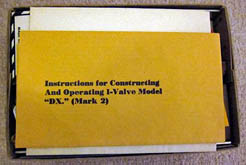 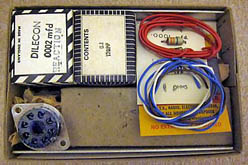 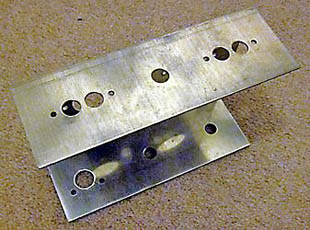 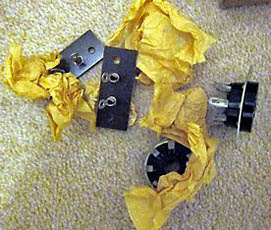 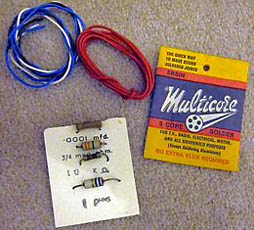 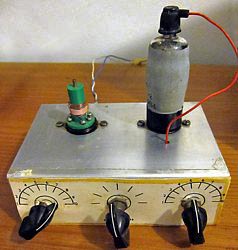 A number of models and variations of the H.A.C. Short-Wave Products kits have been released over the years. Major steps were the introduction of Denco Maxi-Q plug-in coils in the early 1950’s and much later the transistorised Twin-T model.

What's in the box?

From time to time never assembled and ‘new in box’ kits appear on eBay and similar places.

Shown here is the contents of a complete H.A.C. Short-Wave Products Model DX Mark 2 which was sold some time ago, containing all the original parts, an interesting and rare find. Photos were taken by and reproduced with kind permission of Ian Fleming.

The tuning capacitors for the H.A.C. Short-Wave Products kits were manufactured by Jackson Bros. The box for the Dielectric reaction (Dilecon) capacitor is shown right. The Type  ‘Wavemaster’ (right centre) was used for tuning, and fine tuning. Read more about Jackson Bros here.

From the early 1950’s onwards, (exact year not known) the Denco Maxi-Q range of coils were sold with the kits. These plug-in coils were ready made and had an International Octal base. The coil former had a diameter of 0.5in and was coloured green, not to be confused with other similar Denco coils with a different colour which were made for other applications. 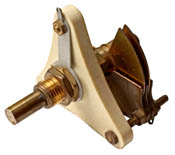 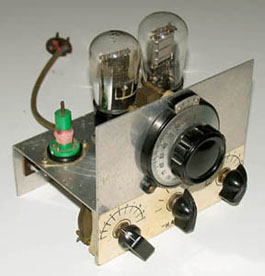